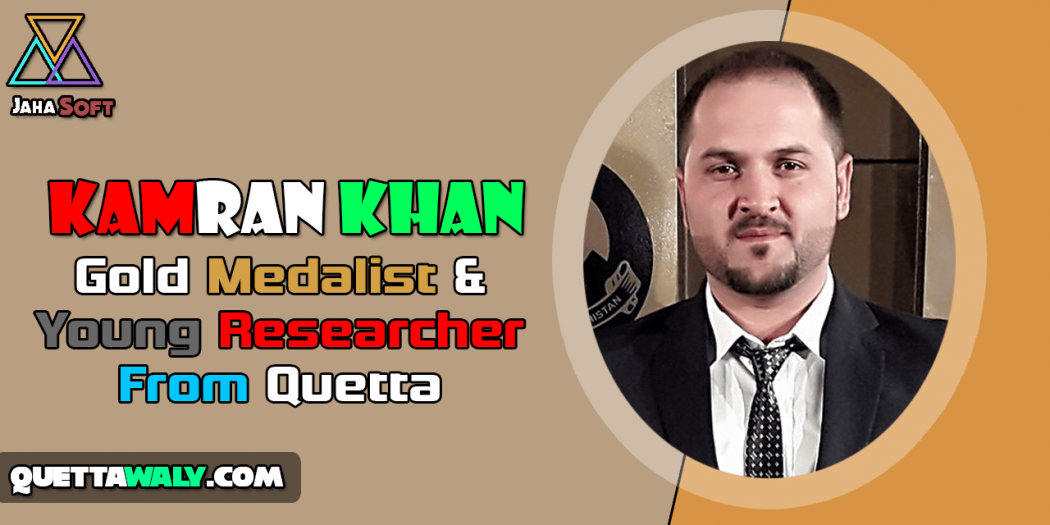 Balochistan is authorization to have young talented and energetic students who not only raised the flag of Balochistan in Pakistan but also in the entire subcontinents.

His Name is Kamran Khan, Who belongs to the beautiful city of Balochistan.

Kamran Khan is an active and energetic member of the Society of Petroleum Engineers International.

Khan is served as head of Technical Committee at Society of Petroleum Engineers Quetta student chapter.

Khan is also active in Social activities and engages with community organizations Such as Quetta Online, AAS, PRCS, and AFAQ.

Which could be used in the extraction of Oil and Gas more conveniently that can be used to enhance the production of Hydrocarbons.

Khan participated in Society of Petroleum Engineers (SPE) 2016 South Asia student paper contest, That was held on 16 to 18 March 2016 at Dhanbad India.

On a very special invitation from the Society of Petroleum Engineers (SPE) International,

Khan was the only one Pakistani student who was preferred and represented Pakistan in the contest. Khan has authored world-class technical papers.

In 2016, Khan was again invited to participate in International conference Annual Technical Conference and Exhibition (ATCE) held at Dubai.

Khan represented his country Pakistan and presented his innovative technical research paper. Khan’s work was appreciated by everyone in the International conference.

He has also competed at national level conferences like ATC Islamabad organized by SPE-PAPG and achieved positions.

In 2016, the Pakistan army has presented him “Appreciation Award” in recognition of world-class achievement.

He is the only young talented Man from Quetta, Balochistan, Everyone must wish him a very best of luck on his Future endeavor.