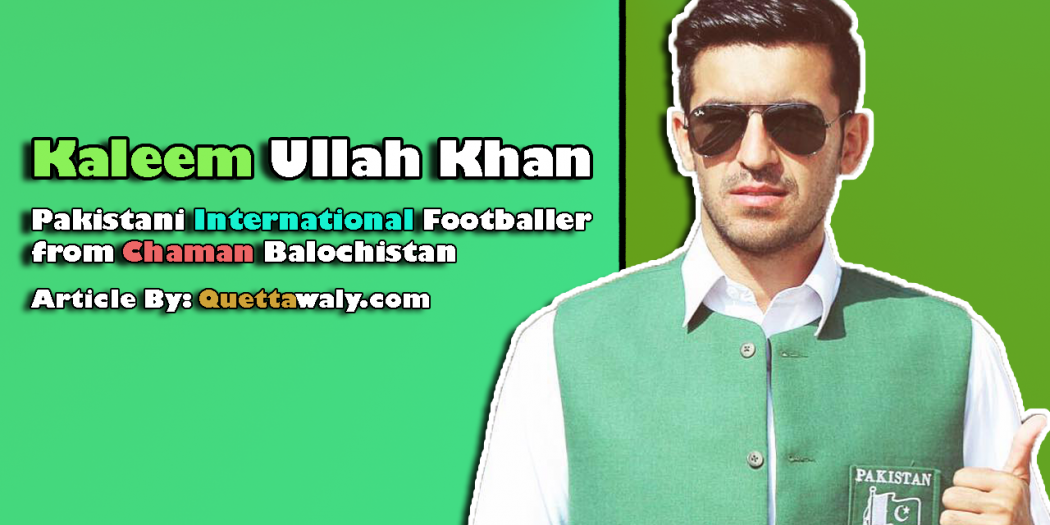 Kaleem Ullah Khan was born on 20 September 1992 in Chaman Balochistan and is a graduate of Government High School Chaman. He was also a captain in Pakistan International football team.

If we talk about his career so Kaleem Ullah started with Khan research Laboratory KRL youth system. The first time he played for them in 2009 and played almost every game as the club won the league and also qualified for the President’s cup.

Khan later scored 35 goals in all of the competitions. He was also a part of KRL in 2012 season when the won a historic double, the league title and qualified for the president’s cup reaching the final in 2013, he also scored 5 goals in the competition.

There is a lot of achievement he owns now since his start in 2009. But the main thing he was working for is to get any way to the Pakistan international football team. His dream become true and he gets a call for the international team in 2011.

While playing for his country he scored the first goal against Macau as Pakistan won the match by 2-0, In 2014 he was named as the captain of Pakistan.

But the thing is that Like other footballers Kaleem Ullah also faced a lot of hurdles and worked really hard for his passion and now holds a lot of recognition too. It was not so easy for him to pursue the career as he was living in Chaman and most of the time families don’t support their children in early stages.

But despite the fact, he is now the well-known footballer of Pakistan who played for different international clubs and also holds records. Kaleem Ullah was also selected as a brand ambassador of Quetta Gladiators in PSL Pakistan Super League.

If we talk about his current club so he is playing for lgdirspor a football team of turkey.