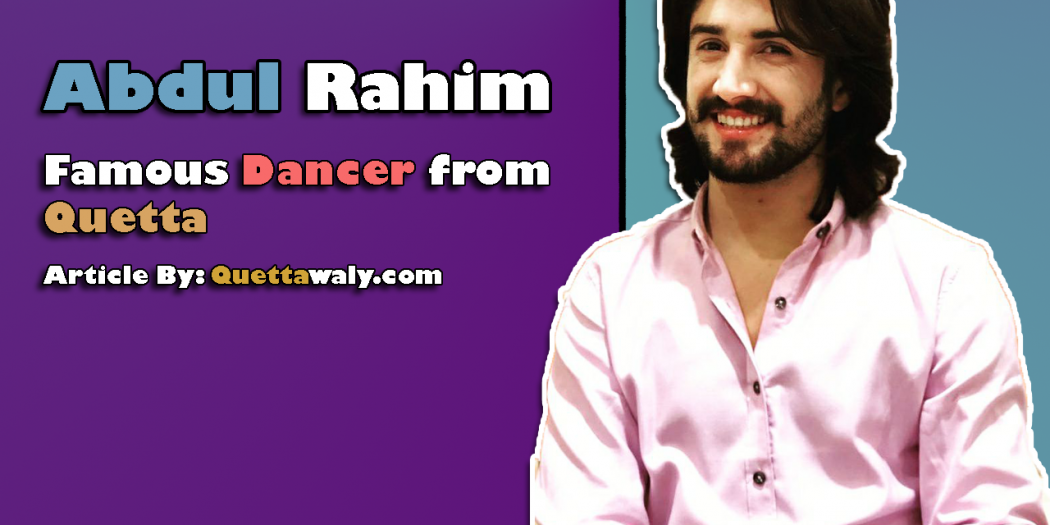 The passion of dancing stay to his heart and he worked a lot to get better on it. Due to his passion for dancing, he realized to show the people of Pakistan that Balochistan also has a good dancer who can win any competition at any level.

With this thinking, he gave audition for ARY digital Nachle season 4 and got selected.

It was a turning point for Rahim in his career which leads him to perform in Pakistani first dancing feature 3d film Dance Kahani his first film and the 2nd film “Revenge of the Worthless” directed and written by Jamal Shah. He was also a part of TVC ads of the famous Nesfruita and Bakeparlour.

He is also a brand ambassador in Dance4life. Due to his looks, he is a complete Model package as well and he is also doing different modeling shoots as well.

He is the only dancer from Quetta who had also performed outside Pakistan as well.

Talented people like Abdul Rahim are the main assets of Balochistan and a motivation for those who are willing to do something in their life but needs a person in front of them.