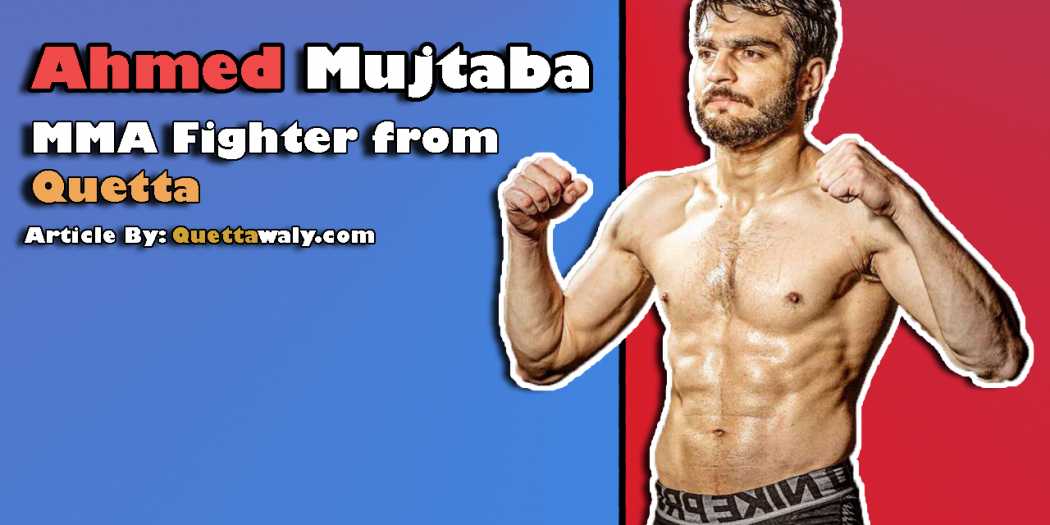 Ahmed Mujtaba spends his early days of life in Quetta, Balochistan and then moved to Islamabad along with his family.

He completed his schooling from the city school, Inter from GISI Islamabad and bachelors from Balochistan university of information technology engineering and management Sciences Quetta also known as Buitems.

In the early days of his life he started MMA as self-defense and later he realized that it was his passion and he is loving to do it again and again.

His family was not supporting him in the early days because his father is a professor and he wants Ahmed Mujtaba to be a doctor or something else but not an MMA fighter.

He was living in G-13 Islamabad and the MMA academy was in Blue area so he used to travel by running 25-30 km from home to academy and academy to home. Because his pocket money was 1500 at that time and he cannot afford other services in 1500.

He saved money by himself for the first international fight in a foreign country and get some money from friends too. He also mentioned that no government official is still supporting him or another MMA fighter they all are doing it by their own hard work.

He also mentioned that getting sponsored from local sponsors are also not very easy it needs a lot of meetings and interactions to convince them.

If we talk about MMA history so he holds the record of 9-1. He is a One championship Fighter, 2 times UGB featherweight Champion and also ranked at no 1 of 131 active southeast Asia pro featherweight. He is affiliated Combat 360x fight team and Pak MMA.

He was also a Brand ambassador for Quetta Gladiators in PSL and also have been to different Morning shows of Pakistan. He is not famous in Pakistan but also in other countries as well. We wish him the best of luck for the future and keep prays for his health.

A full Interview of Ahmed Mujtaba in Salam Zindagi