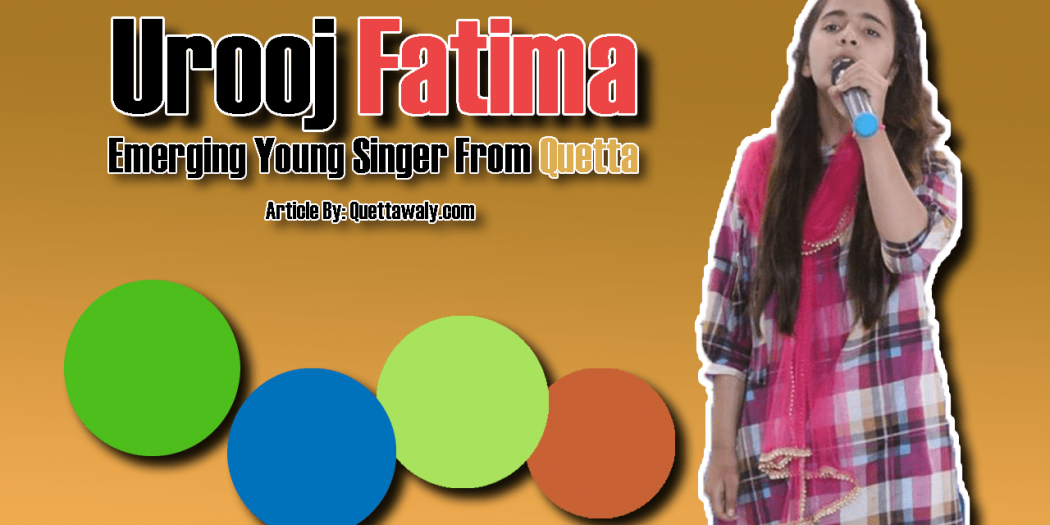 The youngest among her siblings and a School Student Urooj Fatima Belong to Quetta, Balochistan.

She is the only female talented and emerging singer from Quetta. The journey of Singing started from an event in her school.

A boy was supposed to perform on a song in school event but at the event day, he was absent because of some reason.

The teachers insisted Urooj Fatima to sing a song as a substitute. She uses to sing the song like we all do alone at home or some other place but she never performed in front of anyone.

She somehow performed in that event and the voice of Urooj really cheered the audience and they enjoyed a lot.

That was the day Urooj realizes about her potential and started working on it. Urooj also got the opportunity to perform in more than one languages including Urdu, Pashto, Brahvi, Balochi, and Farsi.

Urooj Fatima performed along with some of the most popular singers including Muhammad Akhtar Channal, Abid Brohi, Shafqat Amanat Ali, and Shazia Khushq.

She not only sing songs but also a naat reciter as well. She has been invited into different singing and naat events including Mahnoor Foundation, Khyber Channel, Qtv Channel, Bilal Auditorium, Boy Scouts, Serena Hotel, Millennium Mall, Alhamd University.

She also holds lots of awards, Shields and cash prizes from the institutions and organization where she performed.

Urooj future plans are to become a doctor and also pursue the singing career as well. The ideal personalities in the Music industry she follows the most are Atif Aslam and Momina Mustehsan.