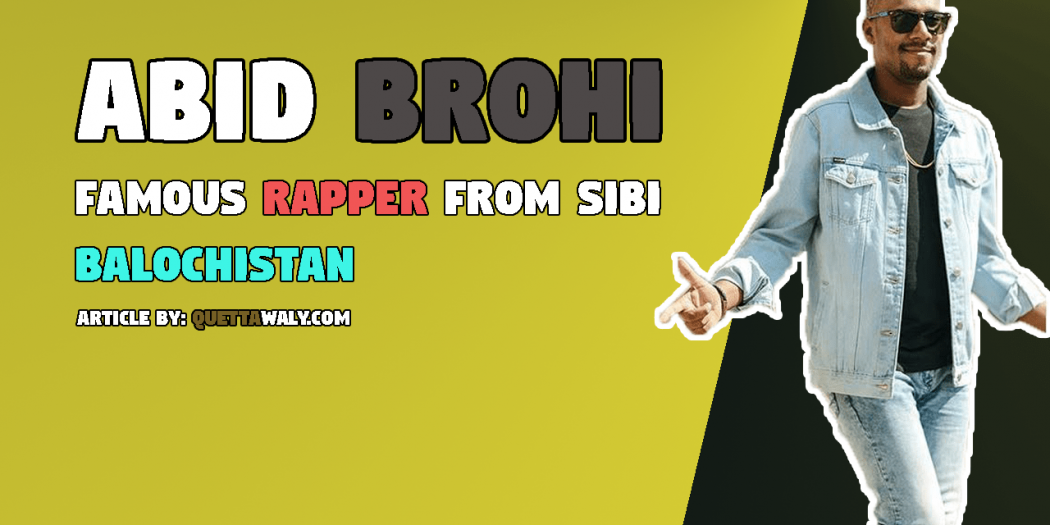 Abid Brohi is basically from Sibi the city of Balochistan. If we talk about his early life so he used to work for a garment shop. He also mentioned in an interview that Rich people used to call him to their wedding for performance and he also loves to perform there too.

His parents were so against him for singing or any other steps but once he got a 10,000 rupees which was so much for a guy from a city like Sibbi. He gave that money to his mother and her mother become very happy later.

He also worked on a Chai Shop as well before working for a garment shop.

The hobby of rap comes with a story he mentioned in a video interview that the mummy daddy kids of Sibi used to take him to picnic and there he listened Bhomia several times. He is also the fan of Bhomia and passion of making rap songs started through listening Bhomia.

It was not easy for him and he waited and worked very hard for becoming a famous personality of Pakistan. He used to perform on Sibi Mela too and there his talent was caught by the guests there and later he was offered to sing “The Sibbi song” that completely changed his life and hit more than 4 million views on youtube. After that song, he never looks back and gets the chance to perform on the different concert, morning shows and also nominated on Lux Style Award for the best singer of the year.

The point of sharing this story is that a person like Abid without any proper financial support and education came to this point only because of hard work and dedication. If you want to achieve something never excuse and give the 100 percent for anything you want to achieve in your life to become a successful person.