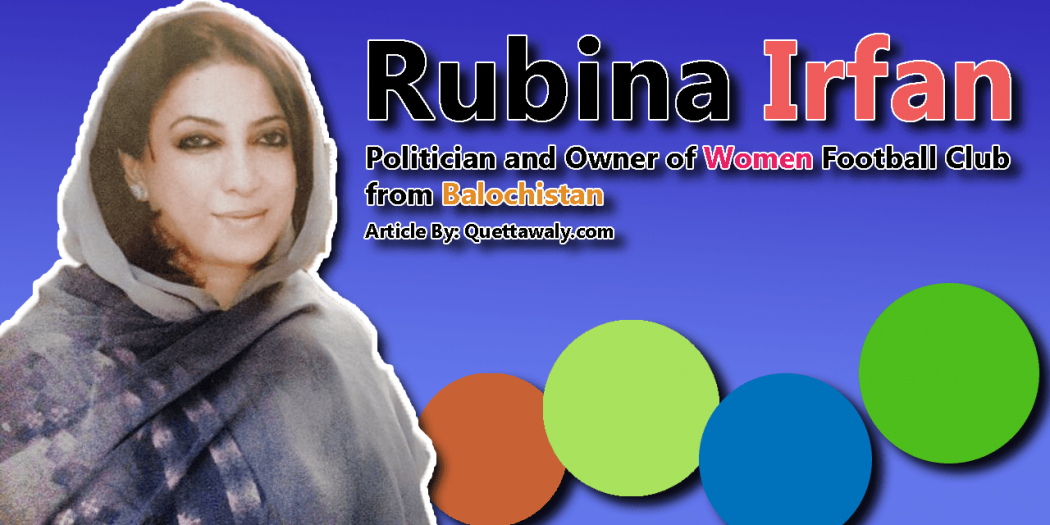 Rubina Irfan was born on 5 August 1965, in Quetta. If talk about her education so she completed Schooling from St.Joseph Convent School Quetta and Completed MBA from the University of Balochistan.

Some facts that you must need to know.

Rubina Irfan served as a Senator of Pakistan since 2012, Elected at Provisional Assembly of Balochistan in 2002, Law minister from 2007 to 2012.

She was elected as MPA from on women reserved seat W-55 in 2002 in affiliation with PML(Q). She delivers her services as Chairperson for Standing Committee on Government Assurances Balochistan Assembly. She is currently elected President of PML (Q) Women Wing.

Her dedication and hard work are very high and appreciable as she is the only one who starts the trend of Women football in Pakistan and completed the dream of women who wants to play football by founding Club and organizing and supporting different Football events in Across Pakistan.

Female Like Rubina Irfan is the source of inspiration for the ladies of Pakistan.