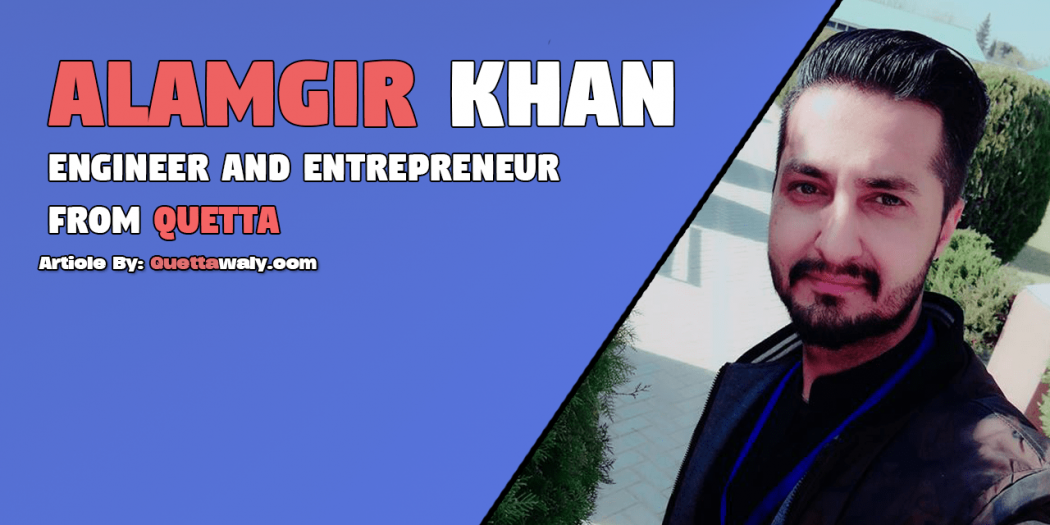 Alamgir Khan was born on 13 January 1992, in Quetta Balochistan. He Completed his education in matric from Fauji Foundation Model School Quetta, Pre-Engineering from Tameer-i-nau College Quetta, and Electrical Engineering from Buitems University Quetta.

It is a startup of an Entrepreneur Engr Alamgir Khan from Quetta with an idea of doing business with a noble cause.

He realized a problem that Handicrafts and Cultural products are not presented properly and no Innovation was made to attract customers especially the youth.

That’s why we couldn’t see any Outlet of handicrafts on a larger scale, while we can see hundreds of brands selling western products in the biggest mall in Pakistan.

Another problem was about the artisans who make these beautifully handcrafted products but couldn’t get the amount which they deserve because of middlemen, and the other reason was artisans, they are mostly from remote areas of Balochistan.

So he found a solution for it i.e,

He started his journey in April 2018 with very limited sources, but with a strong vision of having a Brand Outlet of Handicrafts Valley in biggest mall of Pakistan in 8 years, where you could get cultural and handcrafted products all in one roof.

He kept working hard for his mission and soon he made a team who also wants to do business with a noble cause.

Now, Alhumdulillah 30 artisans are working with Handicrafts Valley which is mostly from remote areas of Balochistan, and he feels happy that he is contributing a little to the livelihood of the artisans.

Alamgir Khan Explaining his Idea on a Video

Previous Waqas Khan – A Talented Photographer from Quetta
Next Habib Panezai – An Actor, Director and Writer from Khanozai