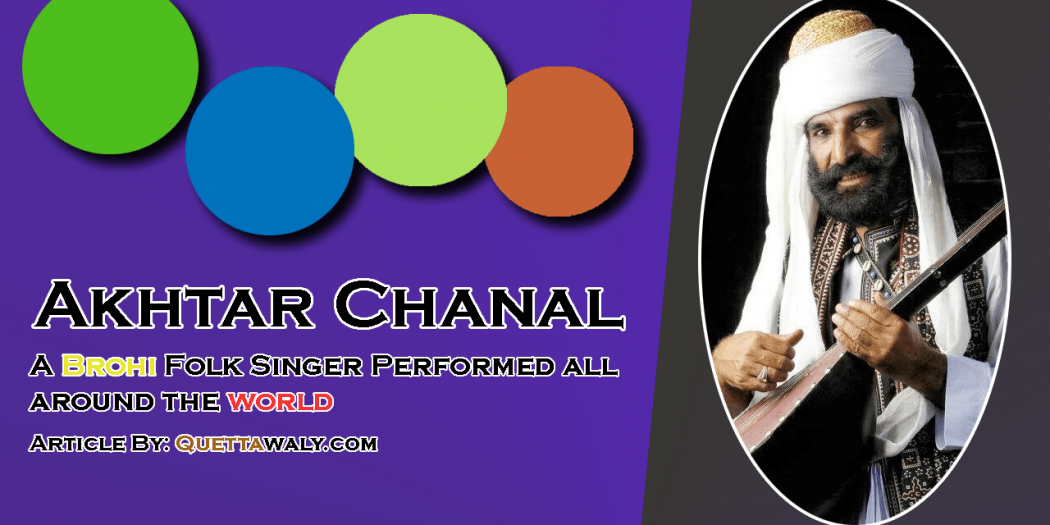 Akhtar Chanal – A Brohi Folk Singer Performed all around the world

He imagines music as a fuel for the soul. If talking about the training so he was a student of Ustad Sadiq Ali Khan a professional trainer back in 1964. He is basically from Kalat, Balochistan.

Later he got the chance officially in 1973 when a Balochi radio station brought him as a regional folk to national attention.

Deer was the first one performed by Akhtar Chanal that become so viral nationwide. After that, the train of his career started and he traveled all over the world including.

Following are the most popular songs sing by Akhtar chanal.

He has been awarded Pride of performance by the government of Pakistan.

The saying of Akhtar Chanal for music,

Where I come from, when a child is born, the only two things he knows how to do are sing and cry – music is a part of us from the very beginning.

The songs I hummed as a youngster watching my sheep, are embedded in my memory.

He also believes that not only humans but animals, flowers and other plants can feel the music as well and enjoys it.

He is the only Folk singer of Balochistanstan in this era which is famous all around the world. He also performed in the coke two seasons as well which makes him the only person from Balochistan who performed in coke studio.