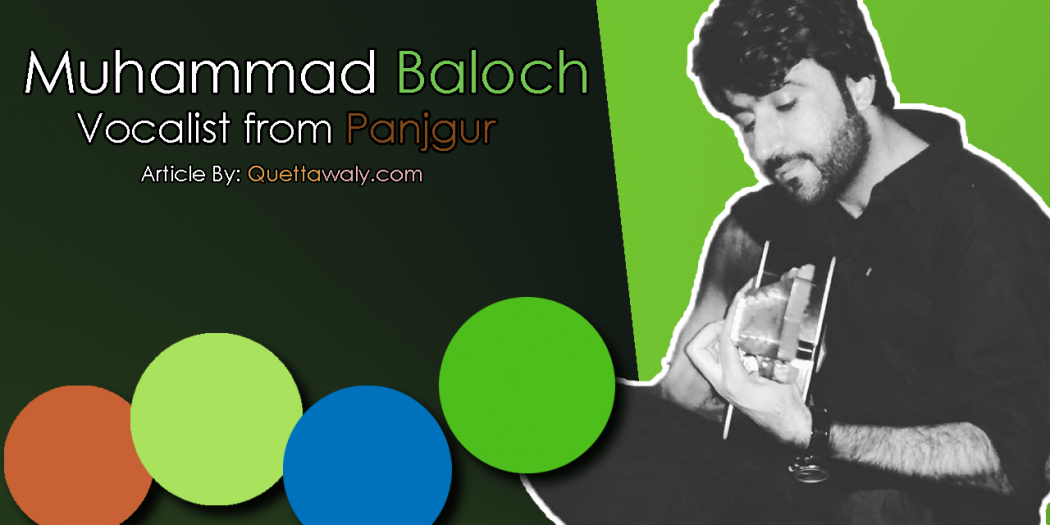 Panjgur is located at the west side of Balochistan province that comes in Makran Division.

In the Iranian language, Panj means five and Gur means grave. There is five grave of Sahabas in this district and the name is also famous because of this reason.

Different tribes of Baloch live in this district since a long period of time.

Muhammad Baloch was born and raised in Panjgur. He completed the schooling from a govt school in Panjgur. If talking about Graduation so he studied Literature in English from the University Of Balochistan.

Muhammad always had a passion of singing since the childhood which he never left and keep practicing on the voice for better singing.

He used to jam with his friends in university and uploading the same videos on his Facebook channel.  The cycle runs slowly and then there come a day he decided to work on a song.

The song gets a lot of recognition and this really motivates Muhammad as well to continue his passion.

He later performed in his university concerts and different events in Balochistan lot got alot of appreciation as well.

Then a time came when he released a Song in love of the Quetta Gladiators team just before the PSL season 3 started last year and he got more than 41,000 views as well on his video.

There is a mashup song he covered along with his friend in a video that also liked and appreciated by the fans and viewers.

He is also Vocalist at Sanj The Band and Voice over Artist at Bol News.