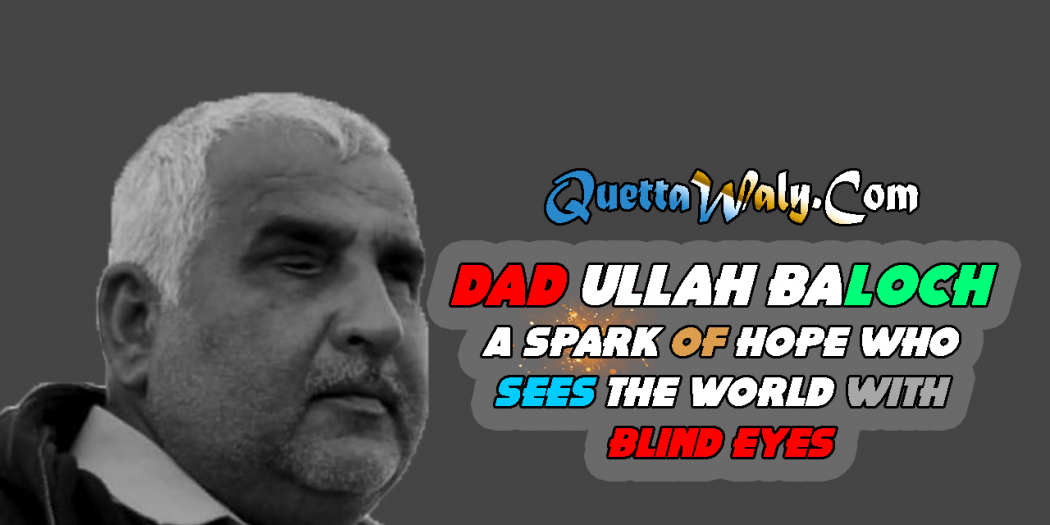 There are many talented individuals in Balochistan, Pakistan. Most of them are well-known and others need to be brought to light.

Introducing you Dad Ullah Baloch from Balochistan, He is not only a man with talent but a spark of hope that sees the world with blind eyes.

A very short documentary of Dadullah Baloch by Bichkand films which was directed by Rashid Miandad displayed us the real story of Dadullah where he expressed that in his childhood.

Dad went blind, he could not see anything, and due to this he could not progress his schooling but Allah Almighty bestowed up him with the mind and heart and he can see the beauties of this world through his heart.

Actually, He is a blind man but he is not blind in the term of ability and profession.

“When the tune is produced by banjo is such a beau, pure and limpid process that fills the soul and feeds the heart with peace.”

Banjo is a 4, 5, and 6 stringed instruments with a thin membrane stretched over a frame or cavity as a resonator, called the head, which is absolutely circular. Actually, Membrane is made of Plastic, although animal skin is still occasionally used.

Dad Ullah Baloch loves his banjo as much as he loves his lovely children. Actually, Banjo is an everlasting companion of dad that is a source of comfort for him in any situation.

Dad visited Dubai and Iran for instrument playing and he has played his tunes among very famous Balochi singers.

The Documentary of Him was released on the 30th of December 2019 on Bichkand Films YouTube Channel.

If You have Any kind of Question-Related this Article you May Ask in the Comment Section Below.