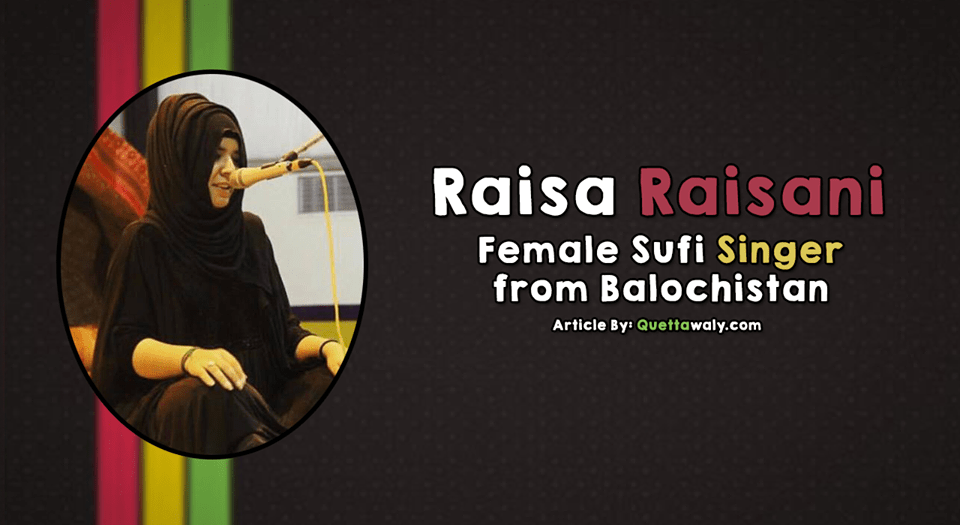 Raisa Raisani was born on 12 February 1997. She completed her Bachelors in Business Administration from the Balochistan University of Information Technology and Management Sciences (Buitems).

She started reciting Nohas, Naats and Sufiyana Kalam at the age of 3 years old. Under no training, no teacher,  she learned whatever she could on her own.

She was not the best at it, so was made fun. But she never stopped working on it because there is one thing she found peace in it.

She thinks that singing is a way of escaping, It’s another world and it feels like she is no longer on earth.

In the beginning, she had faced a lot of hurdles due to her family, because she belongs to a family who does not allow their daughters especially to sing or go on a stage in front of thousands of people, but she always wanted to break these stereotypes.

With the support of her Mother, she was able to win All Baluchistan Naat, singing, and debating competitions several times which also included All Baluchistan Talent hunt.

She also wins All Pakistan competitions, which include debate competitions as she is a debater and a member of the debating club too.

Recorded several songs for Pakistan Television and Army events. She was also honored with the title “Sher e Baluchistan” and cultural ambassador of Baluchistan.

She represented Baluchistan all over Pakistan and soon going to represent Pakistan in Europe too. Singing allowed ger to express herself in ways that she wouldn’t be able to do otherwise.

Other than singing and debating, she has also experienced her life as a social activist, feminist, public & motivational speaker and campus leader at her university (BUITEMS).