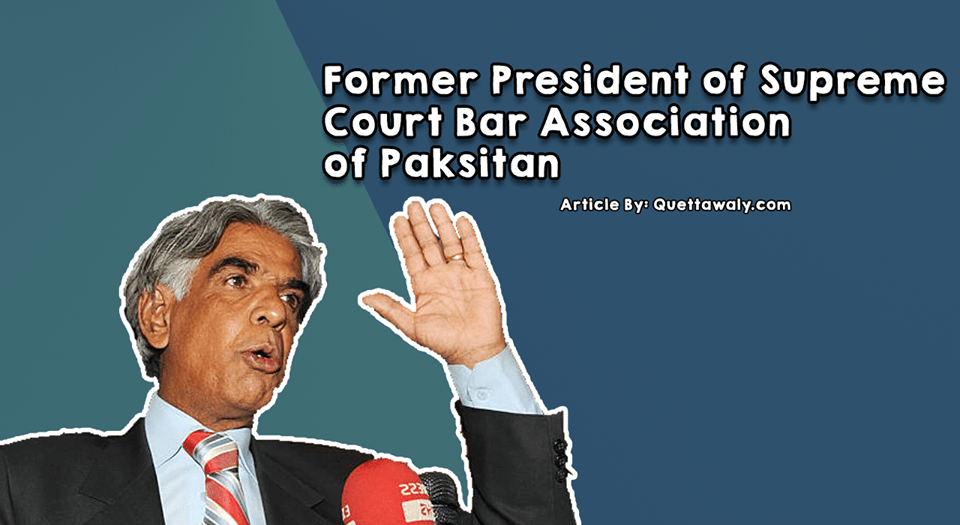 Ali Ahmad Kurd was born and raised in Quetta, Balochistan. He completed his schooling from Govt. Special High School Quetta, Bachelors in Law (LLB) from the University of Balochistan. He is from a native Balochi Kurd Tribe.

He is an enthusiastic personality when he comes to media and addressing any press-conference. The passion and dedication of this one man are praised and remembered by all the people of Pakistan.

He had experienced a lot of difficulties and hurdles in his career. But, never let his self-belief and hard work behind the barriers.

Kurd was briefly detained on 29 April 2007 in Quetta on the charges of inciting people during an absentia funeral of Nawab Akbar Bugti a year earlier. His detention was protested by lawyers and police released him, claiming that there had been no arrest and that the matter was a misunderstanding. Kurd was at that time vice-chairman of the Pakistan Bar Council.

In 2012, Kurd was considered as a nominee for the post of Chief Election Commissioner of Pakistan by the Pakistan Muslim League-Nawaz but was ruled out of contention due to constitutional ineligibility. He had also been considered as a possible caretaker prime minister. Read More