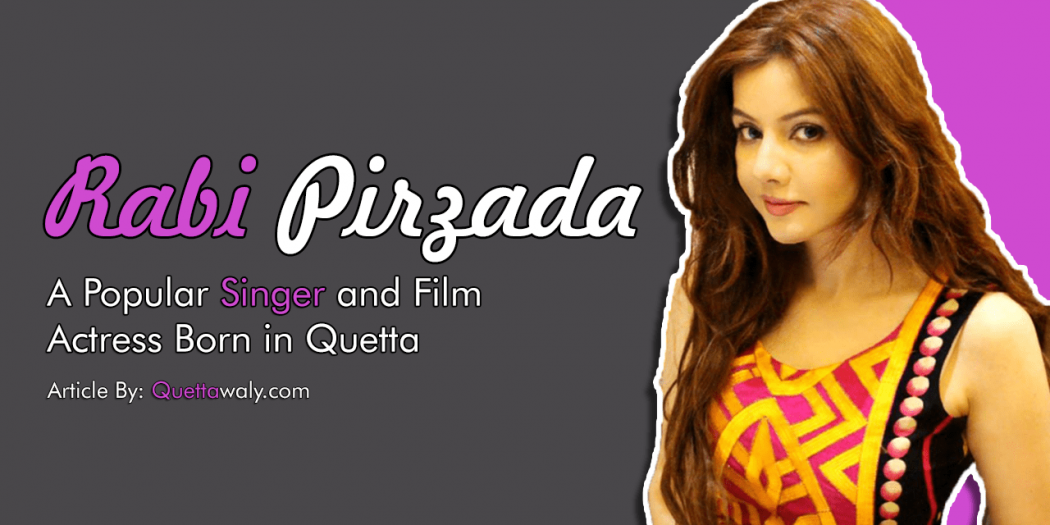 Rabi Pirzada was born in Quetta on 3 February 1992. She is the daughter of a former Army Major Humayun Pirzada.

She Started her Career as a singer in 2005 with the release of her first Album Jadoo.

Her first Achievement was begun with the Success of “Dadi Kuree”. Some other Song hits that caught the attention of a large number of the audience were Jadoo, Ranjha and Boom Boom from the Same Album.

After getting a lot of positive response from the audience, She worked really hard day and night to release another album next year in 2006.

The release of “Mujhey Ishq hay” had introduced breaking the stereotypes in the industry, as for the first time the video showcased a girl wearing jeans and tank top.

The inspiration for completing this album was inherited from one of the most talented and beautiful pop Singer of Pakistan Nazia Hassan.

She also presented some of the old songs like Disco deewane, Nachna and boom boom with a new style and upbeat music.

She is also the winner of the award for best Emerging talent in the same year.

The album provided a huge opportunity for her and she performed on some big concerts across America, Europe, UK, UAE, and many other countries.

After a lot of achievements, she took a break for the completion of her formal education. She is a Graduate in Software Engineering.

In 2014, her third album Aahat was released including hits like Kisi ke ho kay raho, Khuwaboon me and meri Zameen tu.

The Passion of Creative art took her to another level where she explored her talent in Fine arts and won an award in an inter Collegiate competition in 2012.

She had also produced some Energetic and romantic singles like Chori Chori in 2016 and Rashke Qamar in 2017.

The Second Song Rashke Qamar was a tribute to the legend “Nusrat Fateh Ali Khan.

She worked on some of the funky and upbeat numbers that included “Fraudian and Jeele”.

Meanwhile, at the same time, she has been hosted popular informational and entertainment show “What’s up with Rabi’ for a local news channel Capital Tv.