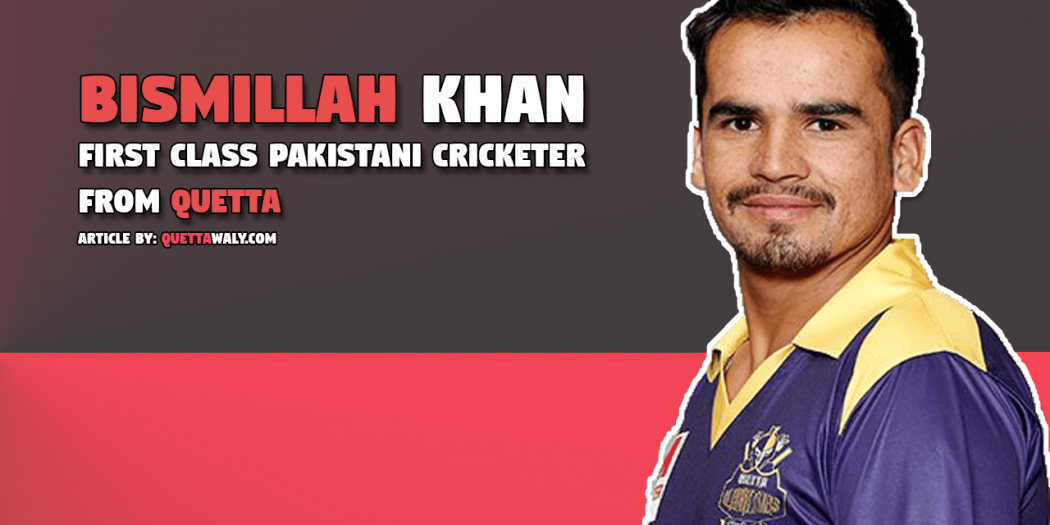 Bismillah Khan Was born in March 1990 is a Pakistani first-class cricketer Who plays on a different platform. He is the only player from Quetta played in PSL. He also plays for Quetta Cricket team in domestic cups and also from UBL.

He is basically a wicketkeeper and right-hand batsman. The highest pay he received in a season is from Quetta gladiators where he played in the Emerging Category and bought by the team in 10,000 US dollars.

One of the good innings he played in PSL was 55 runs from 30 Balls against Lahore Qalandar and was also the man of the match.

If we talk about his career matches details. So, I am mentioning it below but the fact is that the data may update later so the information I am providing is from other sources.

Innings of Bismillah Khan in PSL