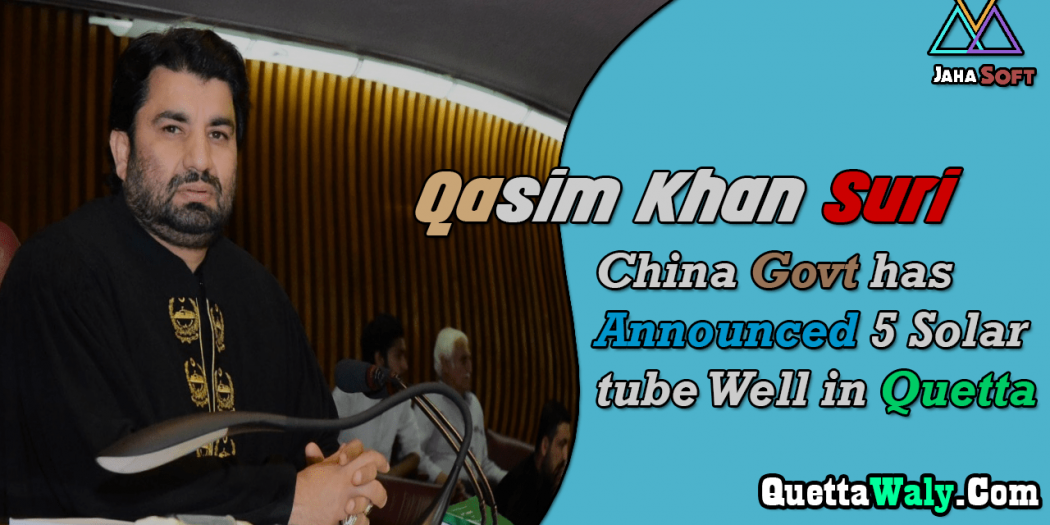 Qasim Khan Suri is the part of Pakistan Tehreek-e-Insaf for 2 decades. But, became an active member in 2007. He has also got the opportunity for serving as a Head of the party in Balochistan.

He first took part in the election back in 2013 for the seat of National assembly and got more than 16,000 votes but remain unsuccessful.

But, he did not lose hope and contest for the same seat in the 2018 election and become successful this time.

Due to this tremendous win, the party nominated him as the Deputy Speaker of the National assembly and he starts his job as a deputy speaker on 15 August 2018.

He belongs to a Pashtun family from the Suri tribe, who are a sub-clan of the Khiljis. His father had a medicine business which Suri took over in 1997 after death of his father. His mother is of Urdu-speaking background.

He also requested china’s govt to corporate with him. Due to his request china’s govt has announced five solar tube well in the corner of the mountain. At the end of the interview, he said I am very thankful for china’s govt.