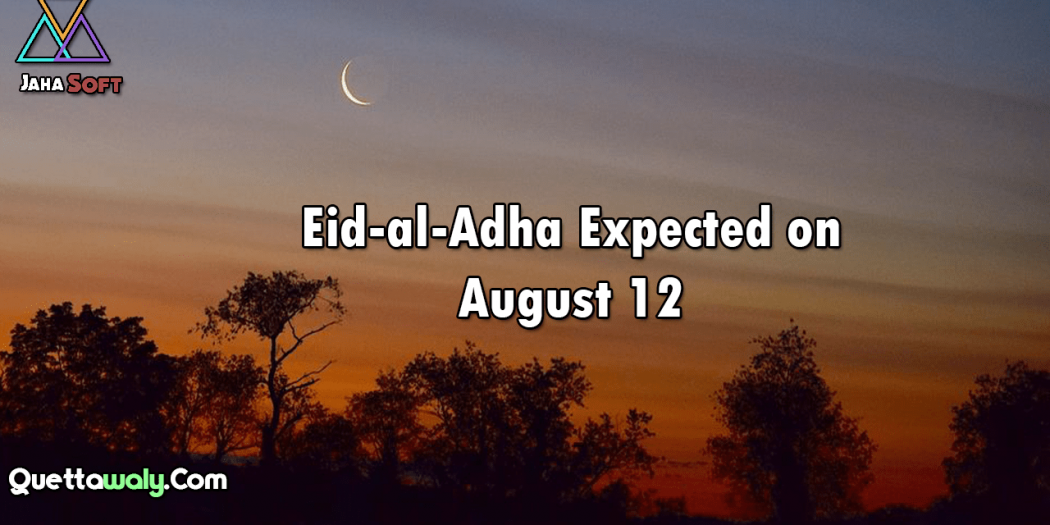 Eid-Al-Adha is also known as the feast of sacrifice, is one of two eid festivals celebrated by every Muslim to commemorate Prophet Ibrahim’s willingness to sacrifice his son Prophet Ismail to the Got.

Commonly marked by the slaughter of animals, Who meat is shared with poor members of a family.

The Pakistan Meteorological Department has said that the moon of Zil-hajj is expected to be sighted on Friday, August 2, 2019.

They said that the new moon of Zil-hajj will be born at 8-12 PST on the august first.

The age of the moon will be 35 hours and 29 minutes while the moon’s visibility could remain for 53 minutes after the sunset on the day.

As every Muslim known that Eid-Al-Adha falls on the 10th day of Zil-Hajj is celebrated by every Muslims around 70 days after Eid-Al-Fitr which marks the end of the fasting the month of (Ramadan).

Recently the Federal minister for science and technology Fawad Chaudhary had also declared that the first day of Eid-al-Adha will be on 12th August 2019.