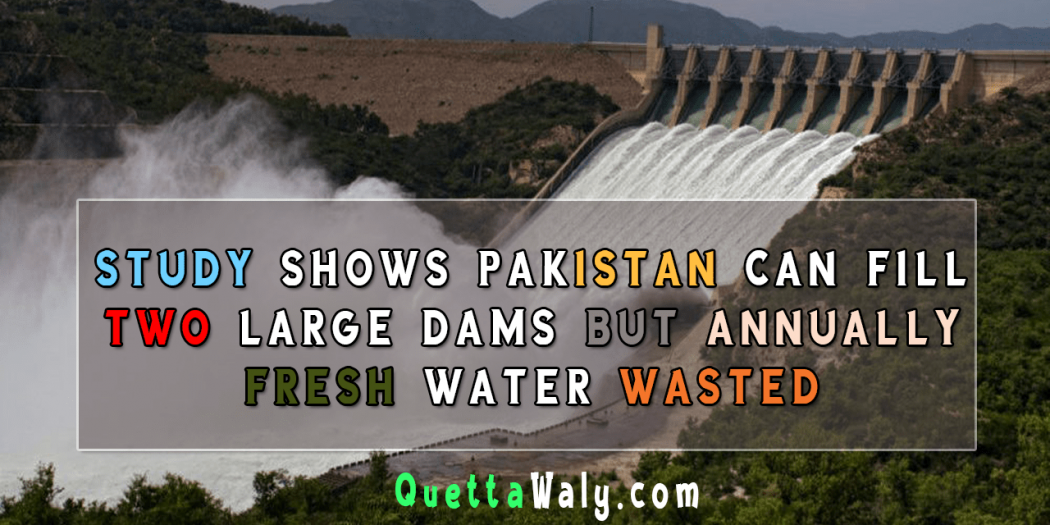 According to different sources and studies by the media, Pakistan is losing 15 Million Acre-Foot (MAF) of fresh water annually because of the shortage of storage capacity in the existing dams, which is decreasing new water resources.

The water, which is allowed to the sea can be properly stored in at least two large dams.

For a couple of years, the dead level in Tarbela Dam, Which is the world’s largest earth filled dam, has been increasing.

In 1977, when the Tarbela dam became functional, the dam had a storage capacity of around 1 crore lakh (MAF) but now it has down to 70 Lakh (MAF).

If it keeps declining trend holds, it could lose its position for being the world’s largest dams around.

This decline of water storage is also impacting the production of the crop on the national level, these crops include; cotton, maize, sugarcane, and wheat, which are being impacted.

There are four tunnels 45 feet in diameter on the rivers left the bank, and one of these is used for irrigation purpose while the other three are linked to the units that produce energy.

Previous “ISLAM IS PEACE” : Thousands of Pakistanis Made History with Human Image of Christchurch Mosque
Next ‘Quetta’ Are You Ready? Akcent Live on 22 April 2019 | Buy Tickets Now