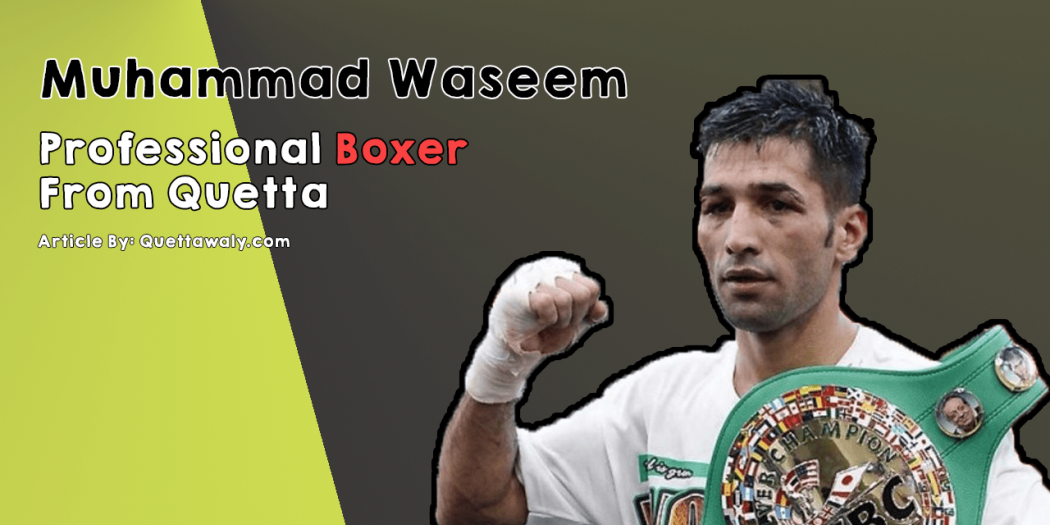 Hard work is the key to success, and the meaning of this realizes us the successful career of Muhammad Waseem.

He was born on August 29, 1987, in Quetta Balochistan. There is a lack of opportunities in this province, but the talent of Balochistan is not giving up on their dreams.

If talk about Waseem, So, he is passionate about boxing since the early days of his life. The training was started at the age of 10 and under the coaching of Atta Muhammad Kakar.

After some years he realized that the game is now a passion of his life. His nickname is Falcon in the boxing world.

In June 2015, he becomes a professional boxer and won his first professional boxing match against Min Wook Lee for a vacant South Korea bantamweight title on 9 October 2015.

In his second professional fight he fought Indonesian boxer Suparyanto Doglo (7-2-1, 4 KOs). Waseem Knocked him down with a strong body shot and won the fight in the third round of the scheduled 10 round fight, Read More

There are lots of other titles he bagged in his career so far which is appreciated.

It is so normal for people like us as we are not so aware of boxing, but Waseem has achieved a lot since his career. Got the opportunity of training with some of the best trainers in the boxing world.

With hard work and dedication, Waseem taught all of the males in Balochistan that nothing is impossible in this world.

On a professional level, there is no record of boxing from Pakistan, but Waseem is the only one who competed at an international level.

Waseem is the source of inspiration for all of us in the context of hard work. A few years back he was only a citizen of Quetta, but now, he is the famous boxer all around the world who represent his country on the international level.