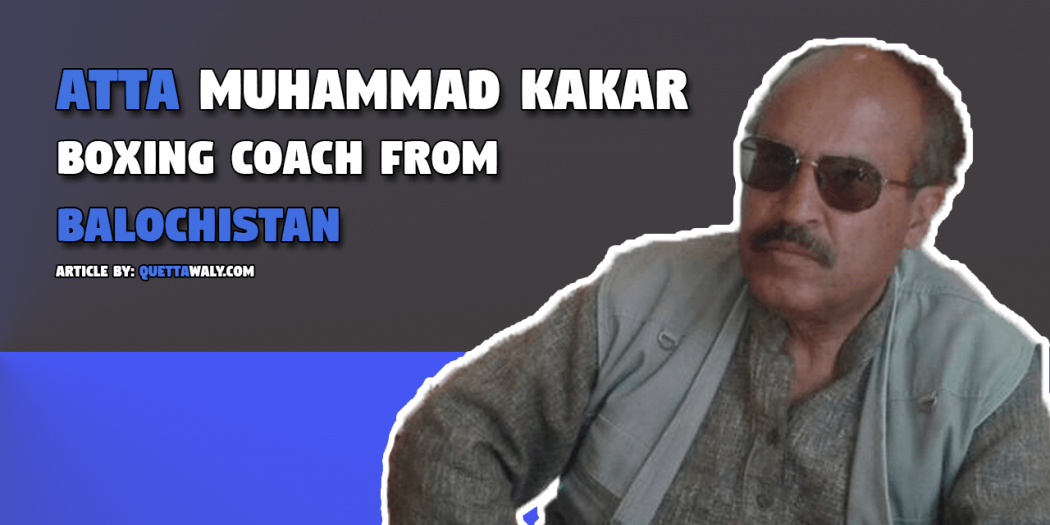 If we talk about dedication for the people of society there are a lot of personalities working hard in their daily routines and one of them is Atta Muhammad Kakar a boxer coach and a secretary in Balochistan Mini Olympics Games.

Atta Kakar started the boxing training journey back in 1976 with youth club Quetta. The aim of making the club is to give the youth an organic healthy environment.

Another reason for making the club is to engage the youth of the society in some positive and healthy routine and stops them from bad addictions.

In an interview, Atta Kakar mentioned that he has trained 80 students in youth club Quetta since 1976.

There are international boxers of Pakistan doing well just because of the environment and coaching of this great man.

Rasheed Baloch a member of world boxing council and won different medals for Pakistan is also a student of Atta Kakar.

Shoaib another boxer representing Pakistan internationally and won different medals as well is also a student of Atta Kakar.

He has generated a lot of players for who represented Pakistan on different countries and won different medals.

Along with boxing he also organizes Balochistan Mini Olympic games each year without any government funds or support. He organized the events by taking loans.

There are fewer personalities doing so much for Pakistan without any support and Atta Kakar is one of them.

We wish him a healthy life ahead and also appreciates his hard working and dedication for the motherland.