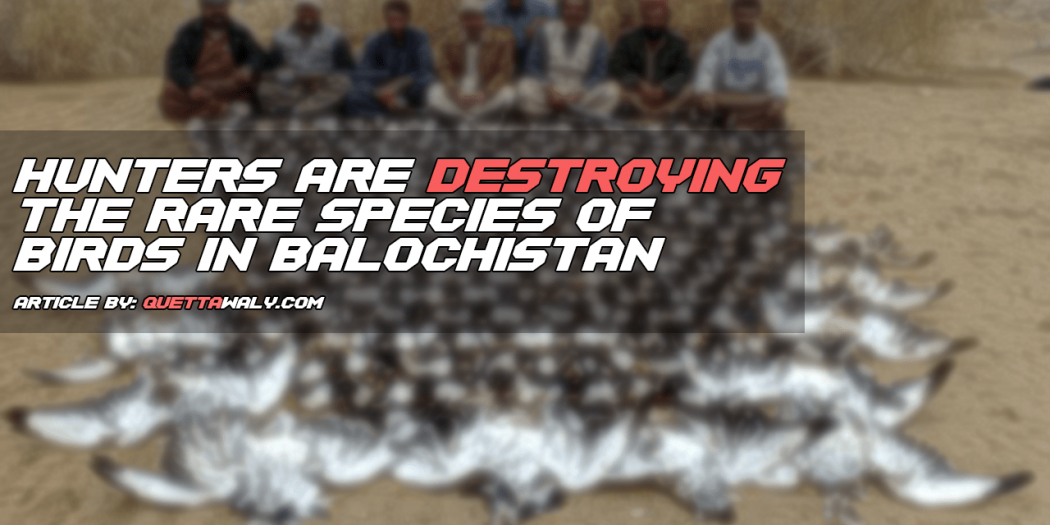 Hunters are Destroying the Rare Species of Birds in Balochistan

Balochistan is the province which is known to be attractive in winters and people use to spend winters in Balochistan. Not only the people of other cities but the rare birds also migrate to Balochistan in winters.

Winter is also a good charming season and if we talk about Balochistan in winters so it is basically an ideal place for the Hunters.

A large number of rare species of birds like Houbara bustard fly from regions of Siberia to Pakistan and other countries.

When we talk about Balochistan its landscape and the weather is one of the most attractive things for the people across Pakistan and the world.

Currently, the authorities of forest and wildlife department of Balochistan issued a special permit for the Qatari Prince to hunt the rare bird “Houbara bustard” in Balochistan province. They also claimed that the Qatari prince paid 100,000 dollars to the department for the ten days of hunting of 100 Houbara birds.

This is no doubt a very fair step from the Authorities because of these rare birds species are destroying very quickly and also decreasing due to the excessive amount of its hunting.

There are a lot of more species as well that migrates from other countries to Pakistan and hunting them is no doubt a very poor step for finishing the rare bird’s species.

There are a lot of cases point out by the peoples regarding the birds hunting in Balochistan and all over Pakistan. It needs to stop as soon as possible so we can save the rare birds species.