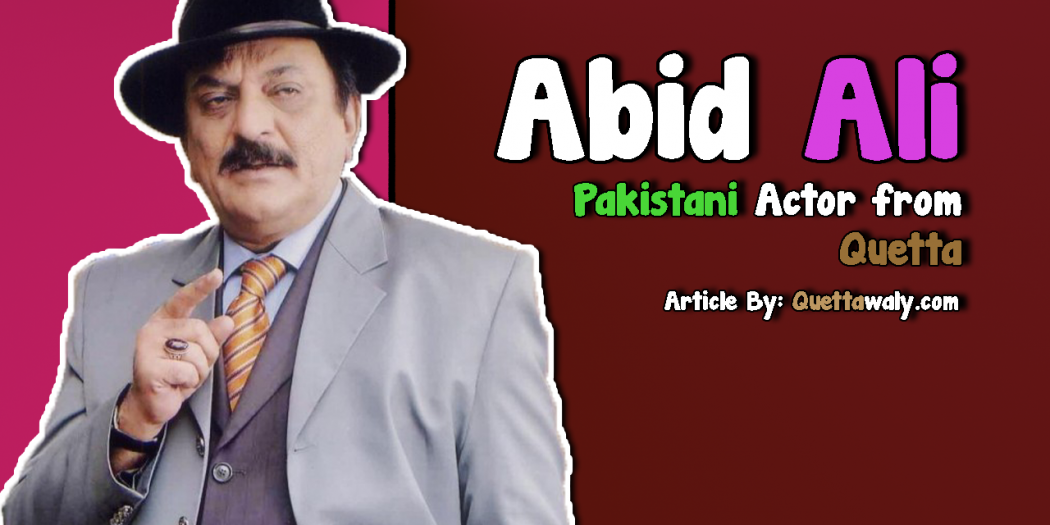 Abid Ali was born on 17th March 1952 in Quetta, Balochistan. There is an amazing story that can really amaze you about Him.

In the early life he was not as passionate about acting but despite the fact, he has a passion and hobby of painting and writing in the young age. He also got a good face cut and voice too.

The Career of Abid Ali

As I mentioned earlier about the interest of Abid Ali in his young life. Sometime in his early days of college maybe he got a chance to meet Ata shad from radio Pakistan. It was the experience of Ata shad who explore a hidden talent in Abid Ali and offer him to work with him in the Radio Pakistan.

Abid Ali worked for a long time on various platform in Quetta for the radio Pakistan. Later he realized that shifting to Lahore will get him a lot of further opportunities.

So he moved to Lahore and applied for different TV plays and got selected due to his attractive voice and gentlemen personality.

The decision of shifting from Quetta to Lahore had played a vital decision of his life and he acted on different televisions dramas and films as well. There were times when people use to said that if Abid acts on any project it automatically hits.

Not only in Pakistan but he also performed in Bollywood movies as well. There are a lot of dramas and films which is impossible to mention here but it really realize us that Abid Ali is one of the finest actors of Pakistan.

The family of Abid Ali

If talking about family so he has three daughters Iman Ali, Rahma Ali and Maryam Ali. He is the legend of Pakistan Media industry. He also has the ability to excel his expertise with every medium of acting. The daughters are from the older wife Humaira Ali, he is now married to Rabia Noureen.

People like him is a pride and positive image of Quetta, Balochistan.