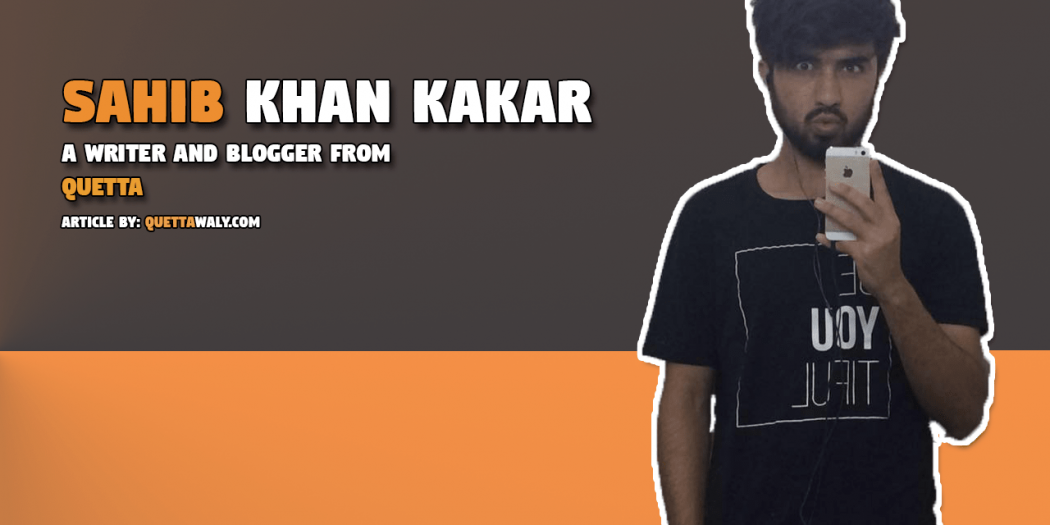 Sahib Khan Kakar a teenager from Quetta Completed His Matric from Helper public High School Quetta and Inter from FC college Lahore. He is now studying BS-CS in Lahore.

If we talk about the hobbies so Sahib loves to edit video, read books and travel and also writing about self-improvement articles.

The story of writing starts back in 2015 when sahib used to write short stories and worked as a freelancer for few months as well. He is still writing for his passion and his short stories were also published in famous magazines as well.

Writing is something an amazing passion and it needs lots of books to read to better understand the rules. Sahib has proved that belonging to the place where almost every person is still stuck into the early days and don’t work to push himself forward and updated, he learned a lot by reading and writing in his early age.

One of his participation in Nuha foundation website where he published an article about Education at a price in Pakistan.

He also has a YouTube channel where he used to upload motivational videos and a website as well where he posts articles and quotes occasionally for the readers.

We wish him the best of luck for the future success and better health.

Previous How to Software and Video Tips and Tricks on Blogpost.pk
Next A Sculpture Artist from Balochistan