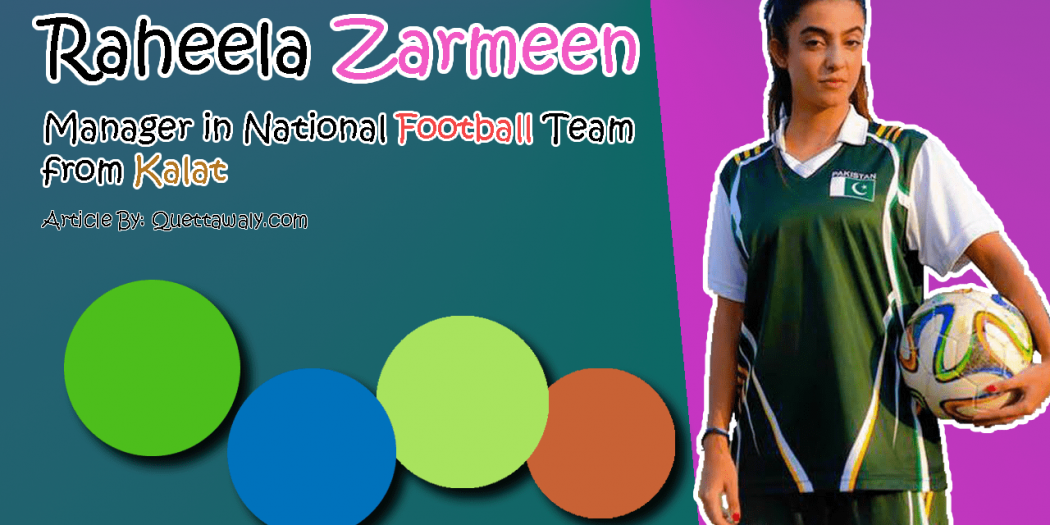 Raheela Zarmeen: Female from Kalat and a Manager in National Football Team

Raheela Zarmeen Was born in Quetta, Balochistan but her hometown is in Kalat a 150 km to 200 km away place from Quetta. She is the daughter of Rubina Irfan a politician and founder of Balochistan United Women Football Club.

Raheela family has a strong relation toward Football as her late younger sister Shah Lyla Baloch who died back in October 2016 was a Forward football player of Pakistan Internation Women Football Team.

The loss of Shah Lyla is unbearable because of the Skills, Passion, and records she had for the country.

On the other side, her mother is a founder of a women football club. This really makes sense that this game is really loved and supported by this family.

If talking about her football career so she is the only female from Pakistan to acquire a Master’s degree in FIFA. The Degree she holds has the quality to work with Asian Football Confederation and FIFA.

In her own blog, she mentioned that the Coach Sirf Tariq Lutfi founded the passion and ability in her and polished the abilities of her in a positive and better way which able her to work harder and show better.

There are some of the outstanding milestones she achieved throughout her career till date.