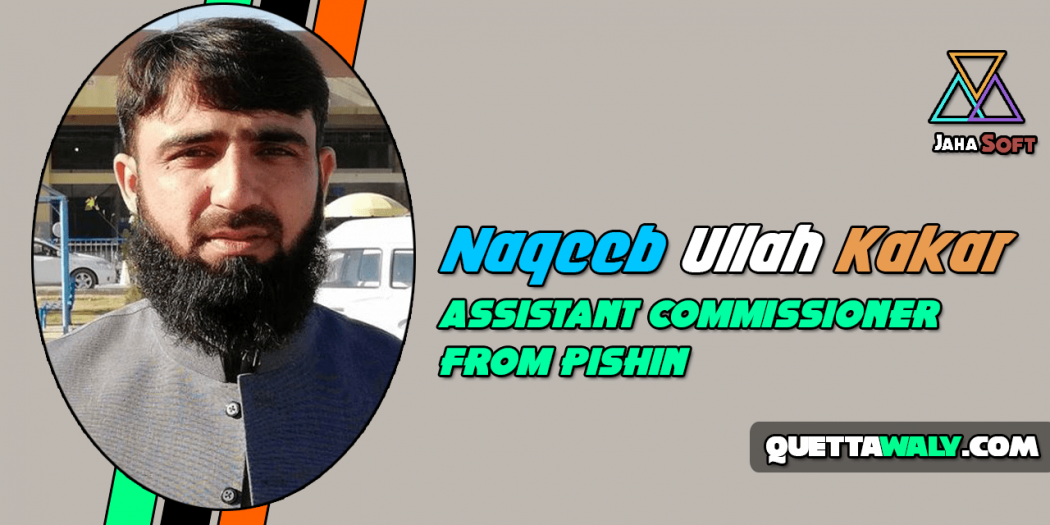 Naqeeb Ullah Khan, A assistant commissioner from Pishin, Balochistan. Naqeeb was born in 1988 in district Pishin.

Pre-Medical from Famous College of Quetta (Tameer-e-Nau Public College), And did his M.Phil and Masters in Balochistan University.

If we talk about his career, Since childhood, he wished to serve his nation. He was not appointed as Assistant Commissioner.


In 2008, Naqeeb passed the exam of Public Service Commission. He was appointed as a Probationer Assistant Sub-Inspector at the age of only 19.

In 2012, Naqeeb joined Ministry of Communications on deputation basis as a Patrol Officer.

In 2014, He got appointed in the population welfare department as an Assistant Director.

If we talk about what he faced in his life was coming from Urdu to English because he was from the rural area of Balochistan, where the medium of communications is still in Urdu.

Now the question may come in your mind that why left his all fields and choose the career of an Assistant Commissioner.

Basically, It was all about his vision to bring him here to serve the individual of his country in any way.

The Attractive thing is that he passed PCS in the first attempt and has the honor of being the first young man from his tribe to become assistant commissioner B-17.

He wished to bring education and Health sectors to decrease the child mortality ratio, Solve water shortage, where he sees the drainage of water Naqeeb feels the pain of others and struggles to solve it.

Naqeeb Ullah Kakar Message for the Youth of his Nation is that “Try to be good humans and help the depressed masses in your personal capacities.”