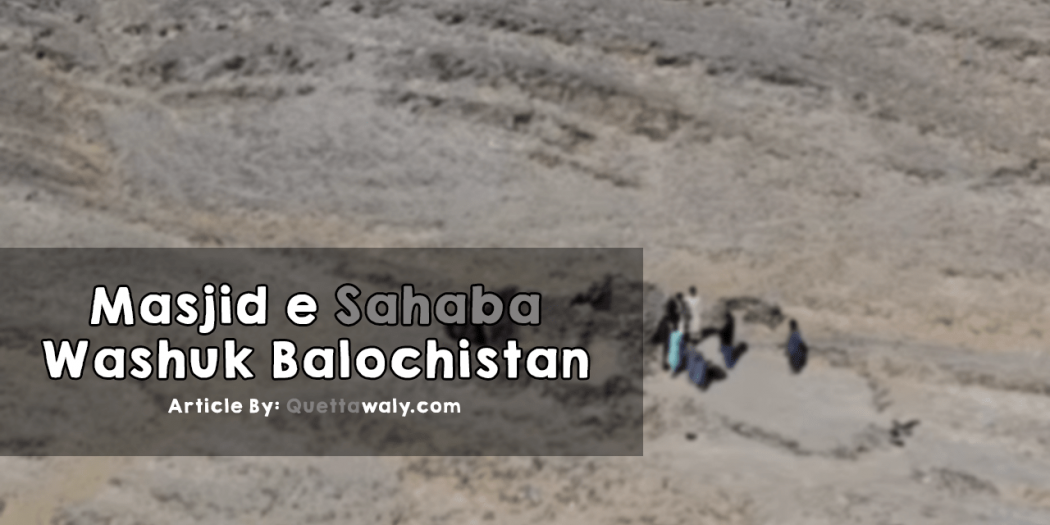 If we discuss Islamic history so Arabs came to the subcontinent back in the days for the trade before the arrival of Islam.

They were also a lot familiar with the area as well. Most of the people in Pakistan used to say Sindh Bab-ul-Islam because of the conquest of Muhammad bin Qasim.

But the true fact that we heard about the past is that before the conquest of Muhammad Bin Qasim.

The area of Balochistan known as Makran was conquered in the period of Hazrat Umar RA, by four Generals.

The Masjid e Sahaba is also considered to be built in the same time period. The Masjid is basically 25 drive away from Washuk.

The Trees and the natural creation of good while going to Masjid makes your traveling more beautiful.

If you are traveling for the first time then you have to take any guidance from the locals of that area.

The Masjid was built with stones and has more than 2 different areas of prayers with some meter distance. You have to hike a few steps from the populated area near the masjid.

The masjid is properly structured but don’t have a roof. There is also some Arabic written on the Mehrab side of the Masjid.

The area Washuk is also famous because of the Dates, so when you visit Washuk you will also enjoy the fresh dates as well.