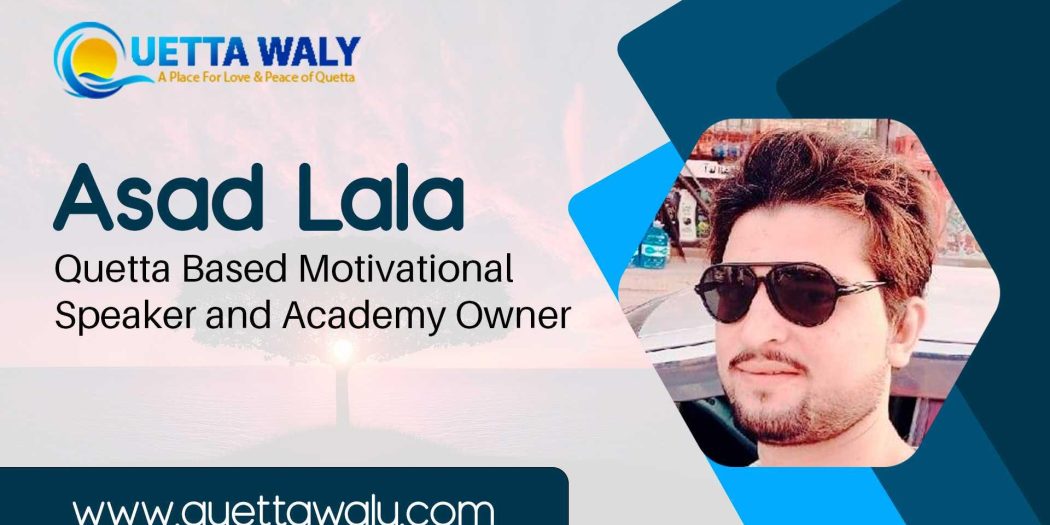 Asad Lala has become one of the popular names of Quetta in short due to his confident and motivational personality that he shows through videos on Facebook and other platforms. Asad Lala is a young guy running an academy in Quetta where students from different backgrounds come to prepare for the preparation of competitive exams and to learn English.

The reason Asad Lala has become a famous person in Quetta is due to his English style. Although he isn’t good at it, the kind of confidence he shows in videos while teaching the students or presenting any motivational talk, he is beyond an ordinary person. The academy address of Asad Lala is Faisal Town Brewery Road Quetta.

Also Read: How to Download TikTok Videos Without Watermark iPhone

In his videos, people from different part of Pakistan appreciates and degrades him due to his English skills. For some people, he is not a competitive personality to teach others about English or competitive subjects. At the same time, some people appreciate his outstanding confidence, which is very important to succeed in life.

But, as per our research and analysis, the students he has taught in the academy are well-behaved and confident. Although their English is not good, the level of confidence his students have, they will be going to succeed in the future.

In life, you only need the right confidence in yourself to succeed, and Lala has successfully established the student’s energy.

According to Asad lala, he is a name among millions of people who have struggled a lot in their life to find happiness and satisfaction. He further says that whatever you do in your life, stick to your goals and never distract until you achieve them. Whatever goal you have, the same rule would instill in achieving the goal. Meanwhile, life is full of opportunities, and it’s dependent upon the person who takes it or not. Nothing is impossible in life until or unless you firmly believe in yourself.

Being a follower of Asad Lala academy, we believe that Asad Lala is a positive aspect for the youth in society. He is building confidence in youth, which is a positive thing for anyone to face all the hurdles in life. Meanwhile, it’s the major aspect of getting successful. However, those who criticize him for his poor English skills also have their valid points.

Reading Time: 3 minutes Are you passionate about working on a startup, or do you belong to a freelancing …