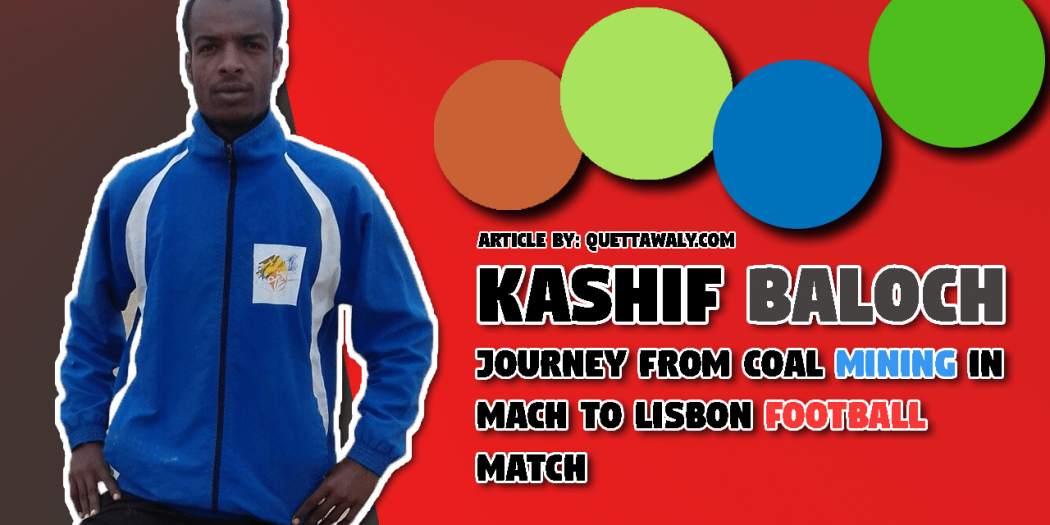 Kashif Baloch was born and raised in Mach, Balochistan. If talking about football so it is more than a profession for someone life.

Mach is famous due to the big producer of coal and Kashif also used to work as a miner in the coal mines. The salary was not more than 300 rupee per day and he has to work there just to feed his family.

In the meantime, the passion of football was also in his heart since the first day. Kashif faced a lot of hard times and also lose his younger brother as well.

There were times when he was a miner and a player of Quetta at the championships.

Since the tragedy happened with his younger brother he decided not to go back for working in mines and instead focused on the Socca world cup in Portugal.

He was the only player from Balochistan who played in Portugal and represented his country.

In an interview, Kashif said that there are still people in his hometown who wants to play football and after watching my position there is some hope for others too.

Balochistan is full of talent and if any opportunity provided to them it will make a good impact on the Pakistan sports.