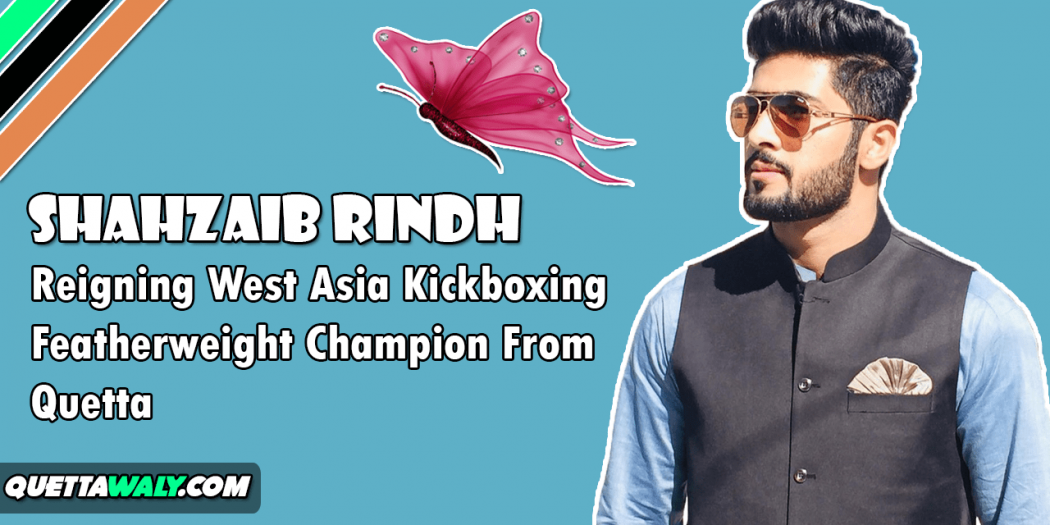 Wushu or also known as Chinese kungfu is a hard and complete Martial Arts, and it is also known as full-contact sports. After 1949, this game started in China, in addition, to standardize the practice of traditional Chinese martial arts.

Introducing the only one Shahzaib Rindha, A Reigning west Asia kickboxing featherweight champion from Quetta, Balochistan.

One of the most decorated martial artists from the proud city of Quetta, Balochistan.

Shahzaib Rindh started practicing martial arts at the age of only four and he has scored 69 victories, a sports scholarship at the prestigious BUITEMS and a contract with one Fighting Championship,

Asia’s top Mixed Martial Arts promotion that is broadcasted in 130 countries and viewed by millions across the world. When asked about the secret of his success,

Shahzaib Rindh humbly credits his family, trainers, friends and the city of Quetta, he believes the love he gets from his fellow citizens and the geography of his hometown makes him a champion and inshallah he will continue to make his city and country proud.