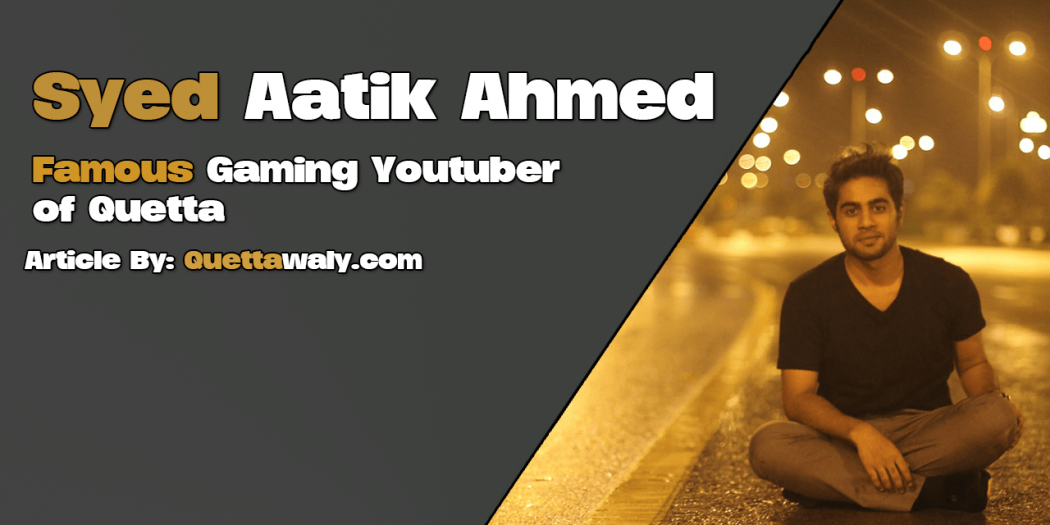 But if I tell you that there is a Guy from Quetta who is famous all around the world due to his famous gaming videos. So, let’s dive into the details of him without any delay.

Syed Aatik Ahmed is basically from Quetta, Pakistan. He completed his school and college in Quetta and now a student of Software engineering in Buitems university Quetta.

The story starts of the early days when Aatik used to make funny videos like Zaid Ali. He almost worked very hard on that videos but still do not get any good response in return from that.

He and 3 of his friends used to record video with Aatik but due to lack of interest and no good response, slowly each of them partially left Aatik alone.

But due to a lot of interest and passion for making the video. Aatik started to polish all the main building blocks of video like editing and better quality with content.

The only thing that he suffered a lot is due to the competition of funny videos. He later realized to make something unique and different from others.

He started to create videos on “GTA” a very popular game in Pakistan and worldwide. He created different roles in the game with a single voice of Aatik so he started mimicking different cultural voices which were unique in his category and there was no competition of him too. The idea slowly become unique among the people of Pakistan and they really appreciated and loved his way of making funny videos.

With this approach and sleepless nights, Aatik worked a lot for his passion and now owns a Brand name of Metal Gaming with more than 60 thousand Subscriber in Youtube and more than 1,70,000 Subscribers on the Facebook page. He is now the only famous Gaming youtuber of Balochistan too.

Reading Time: 2 minutes QR code is one of the main topics in the current times. People are getting …