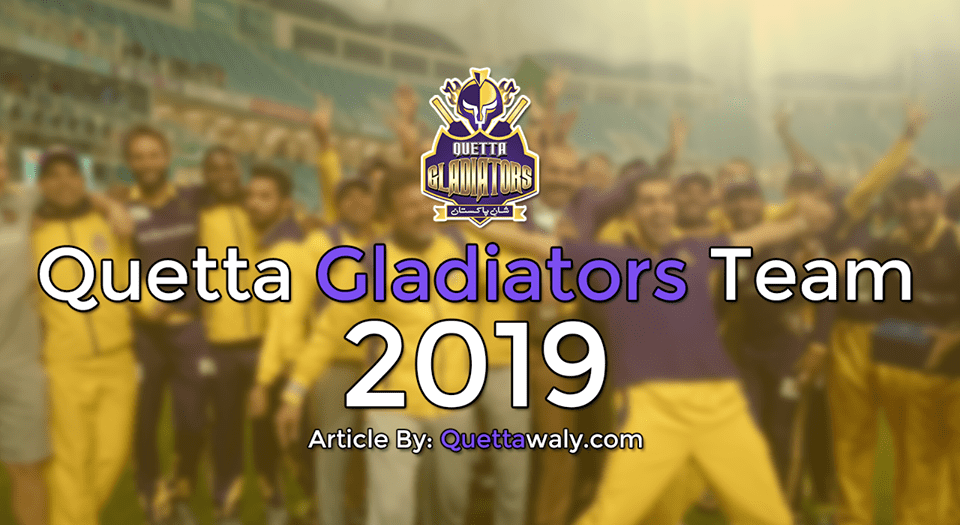 Quetta gladiator is a professional Twenty20 Cricket Franchise that took part in the (PSL) Pakistan Super League. The name of this team based on the capital of Balochistan.

Quetta gladiators are participating since 2015 in the league, the team had been the runner-up of this league twice in 2015 and 2016.

The captain of this team is Sarfaraz Ahmed and coached by the former Pakistani wicketkeeper Moin Khan, and Owner of the team is Nadeem Omer.

The home ground of this team is Bugti Stadium, Quetta. The ground has the capacity of entertaining 20,000 cricket fans at the same time.

As you all know that the PSL 2019 is starting from 14th February. But, there are still a lot of people who don’t know about the players picked by the team.

Without any further delay, I am mentioning the player’s name who is picked for the PSL 2019 cup.

Dwayne Smith is selected as a cover for DJ Bravo, who will not play the initial matches for some reasons.

Six days ago, Maya Ali posted about her selection as a brand ambassador on her Instagram official Account.

Previous How many languages are spoken in Balochistan?
Next Hammad Kakar – Youth Ambassador Balochistan of National Youth Assembly