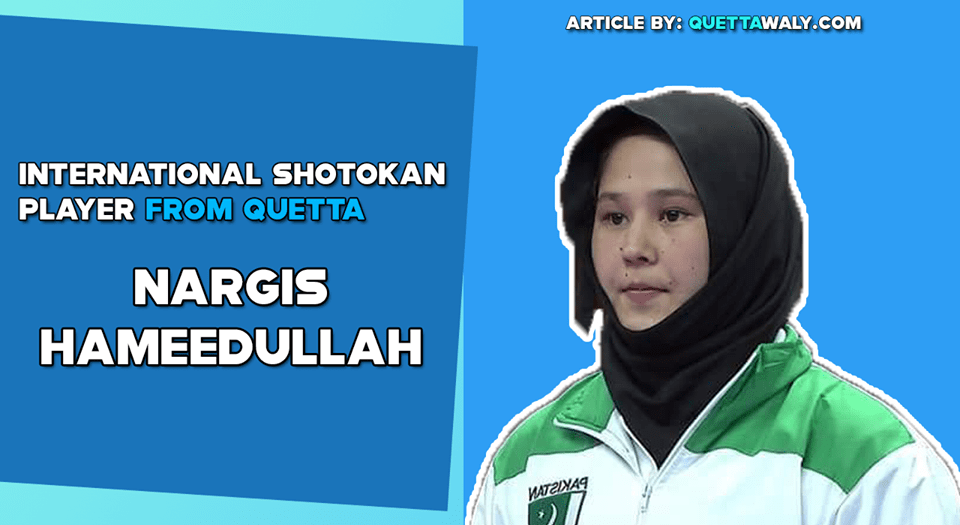 Nargis was born on 15th December 1998, in Quetta, Balochistan. She completed her Intermediate in arts from Govt Girls Degree College Quetta, Cantt, and Scored 946 marks.

She is a student of the famous teacher and coach Sensei Ghulam Ali. Most of you are aware of Karate, but Shotokan is one of the styles of karate created by Gichin Funakoshi, and his son Gigo Funakoshi. This game is of Japan origin.

Nargis told in the interview that she had faced different struggles in her life.  Being a player in a society like Balochistan was never easy.

At the start, she had to face different problems such as the Fear of target killings as they were targeted always.

Fear of the relatives, because on different occasions they argued with my parents that why I am playing this game, instead I have to focus on my studies, and one day I will get married.

Being far away from family and supporting them financially and also hard works. Not having holidays at festive and Eids, and all are the part of hurdles.

Women are not just for home and kitchen, please come out and show your talent not only to the Balochistan but the world that we can not only make our parents proud but our country too.