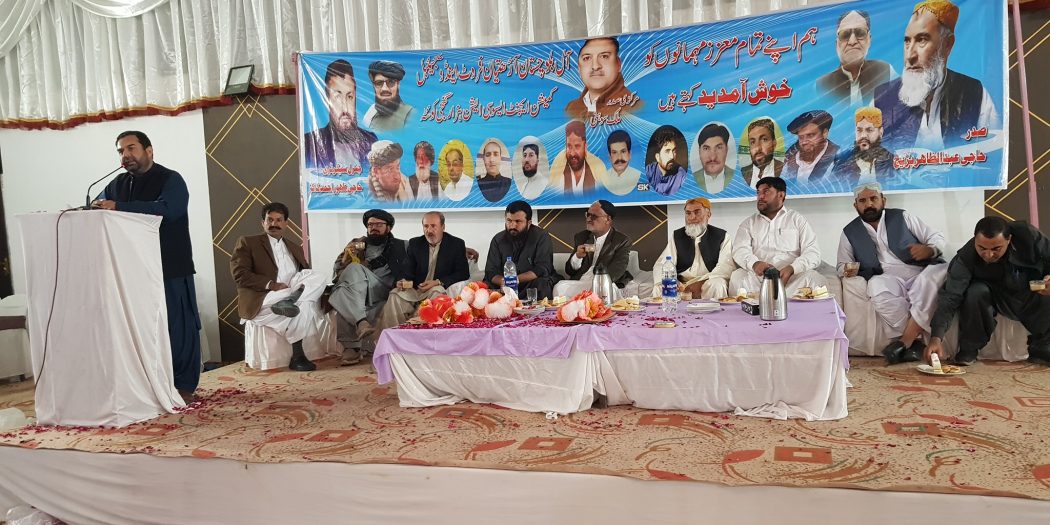 Hazaar Ghanji Market Quetta, Pakistan is Asia’s Second Most Biggest Market. Daily there is roughly billions of rupees import and export of fruit and vegetables supplying around the world.

Hazar ghanji market Quetta is a business hub, where hundreds of thousands of people earn their livelihood by selling or buying fruits and vegetables.

But, in spite of that, we see the roads destroyed no cleanliness and millions of workers facing hurdles.

There is very limited educated individuals in Hazar Ghanji Market Quetta and majority of others don’t even know their rights. That is the reason that Asia’s second most biggest market is under such a bad situation.

Check Out the Road Situation of Hazar Ghanji Market Quetta

This is the October 2020 video by Jahangir Khan from Sabzi Mandi Hazar Ghanji Quetta, He has raised his voice against the worst situation of roads. These roads are same from last 18 or more years.

After looking into this matter and submitting Ministers and Market Committee Hundreds or Thousands of Complaints the issue didn’t got solved.

When nothing really worked out, A new group of people united and started to make an organization to help solve these issues themselves.

This is where the real talented individuals got united and started to raise their voices against those who are taking millions or billions of funds on the name of hazaarghanji market Quetta. But, they have never invested a penny on the market.

Those new members united and called out a meeting and united 200+ shop owners or commission agents and they all selected Haji Abdul Zahir Barech as the President of Hazar Ghanji Market Quetta.

So, Finally the new union members 17 members got their postings, each and every member is a businessmen in Hazar Ghanji Market Quetta. Who knows more than the businessmen who worked in the same market for more than 20 to 40+ years of their lives.

All the members took oath / promised to devote their time and energy to help hazarghanji market Quetta to help make this market the Pakistan’s most reputable market and solve the local workers issues, which were not solved by the earlier corrupt members of the union.

Haji Abdul Zahir Barech and including other honest and hard working members of the union have started working on cleaning out all the markets of hazar ghanji Quetta.

Some of the video clips are attached below of cleanliness in Hazar Ghanji Market Quetta.

This news was also covered by Chiltan News Quetta about the new members of All Balochistan Artiyan Fruit and Vegetable Commission Agents Association Quetta.

Its not just a normal duty for this hard working members, whether its Morning or Night. As they promised they working on cleanliness while most of the world sleeping they work, work and worked till the garbage were completely eradicated.

We hope the roads construction to start very soon, we also wish every member of this union a very successful step to making Hazar Ghanji Market Quetta a completely cleaned Market. INSHALLAH

Previous Wife Files Case Against Husband for Hiding His Baldness
Next Sad Story: ‘My Father Gives Me Electric Shocks If I Don’t Sell Mats’