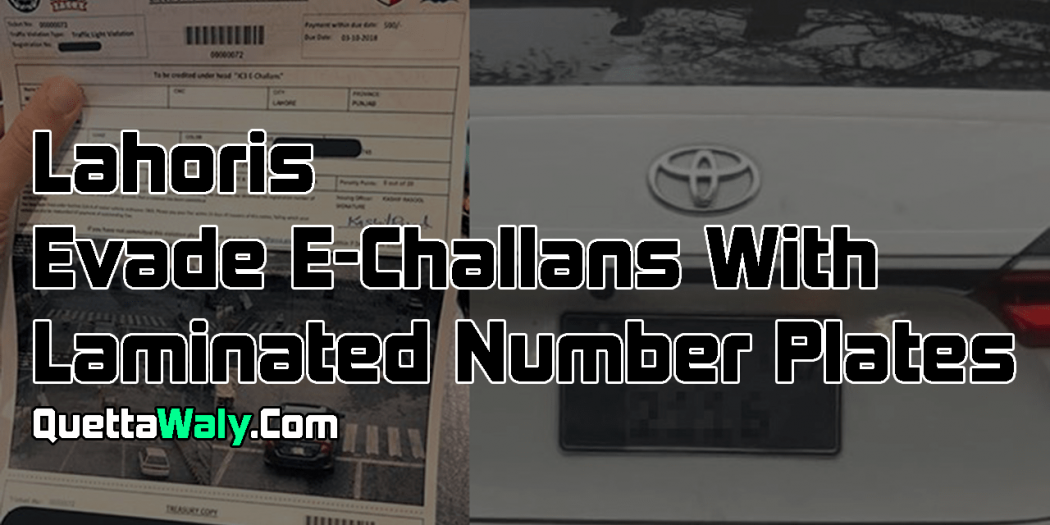 According to rumors, while non-computerized plates are not uncommon in the provincial capital a significant increase has been observed in the use of tampered and laminated registration plates as well.

Once applied, there are lamination sheets available in the market; the Punjab Sage Cities Authority cameras can’t read the number plates,

Thus providing drivers protection from e-challan, the report quoted a trader at one of Lahore’s largest automotive market, the Montgomery road.

One of Shopkeeper said that these lamination sheets were not available commonly and is only sold secretly.

Further, he said that an individual might get a single number plate laminated for Rs. 150 – 200 in parts of Chauburji, Township and Johar Town Lahore.

According to the official of Punjab Safe Cities Authority, the tactics used by the individual to hide his or her number plates are creating a hurdle in penalizing traffic violators.

They said that the authority can only catch such individuals when they are on surveillance operation;

Otherwise, it is the responsibility of the Traffic Police Lahore and Excise Taxation & Narcotics Control department to prevent this from happening.

On the other hand, Mr. Syed Hammad Abid the Chief Traffic Officer said that the traffic police were penalizing individuals whose number plates were found to be fake, tampered or laminated “We have penalized 64,283 persons for driving without registered number plates and 76,655 for having improper ones.”