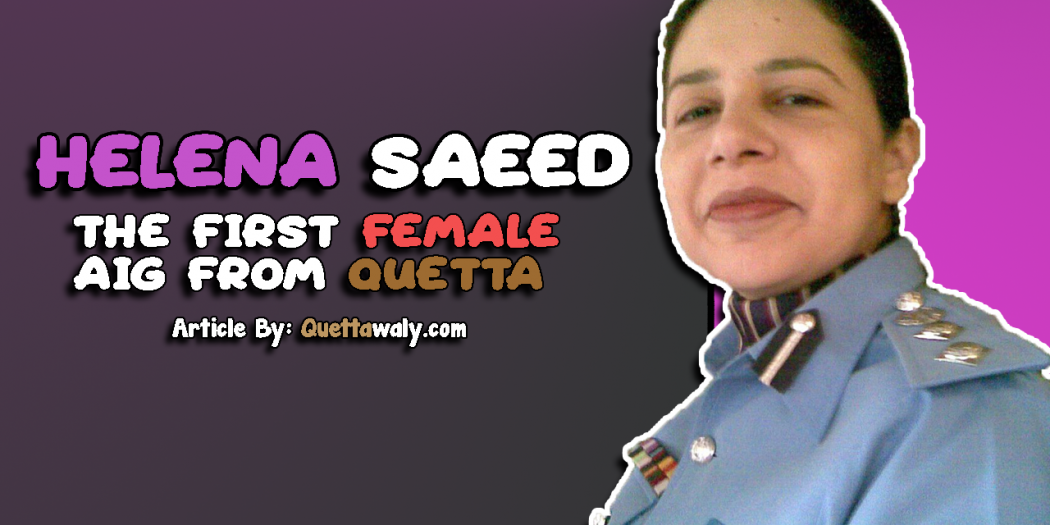 Helena is basically from Quetta, Balochistan. One of her education data which we collected from her facebook account tells us that she studied in F.G college for women F-7/2 ISB.

She is the only Female AIG in the history of not in Balochistan but also in Pakistan too.

Helena is a sign of excellence for the females of Pakistan. She worked really hard for accomplishing this achievement.

Madam Helena Saeed becomes the first ever woman to be promoted as Additional Inspector General Police (Bps-21) in the history of the Pakistan Police. pic.twitter.com/fKbbSLb32P

People are very happy with the achievement of first ever lady you can see the love and happiness people showed for the lady from Quetta.

There are several more tweets for the lady which really motivates all the females to do something extraordinary in their life.

Congratulations 👏 to Pakistani women Helena Saeed becomes the 1st ever Woman to B promoted as AIG Police (Bps-21) in the history of the Pakistan Police. Helena is from Balochistan & is the highest ranking female officer of the PSP. Excellent👌She is a motivation for our women❤ pic.twitter.com/kfO7XfXRYD

Pakistan’s first Christian woman who promoted to the rank of AIG Police. Helena Saeed becomes first woman IG. If you are talented then #Pakistan is land of opportunities regardless of religion , sect or sex. Congrats to all strong women of country. #WomenEmpowerment pic.twitter.com/OpzaX0xJrD