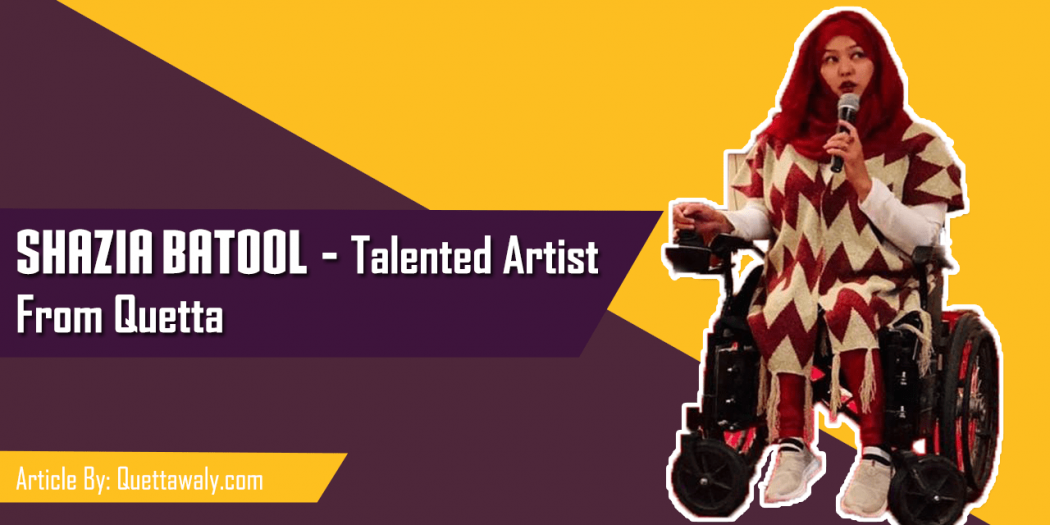 Shazia Batool from Quetta, Who is dedicated, hard working and talented Girl of Balochistan, Made Pakistan and Specially Balochistan Proud.

Shazia can’t walk but She didn’t Quite. She started working very hard and self believing made herself and nation proud.

Shazia Batool from the age of 11, She started painting with her hands, she made paints, that are so attractive, seeing the paintings will amaze the viewer. 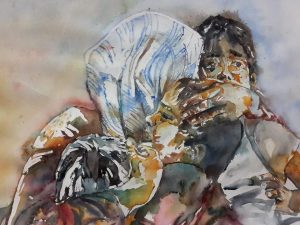 She is a motivation and inspiration for many folks around Pakistan, She didn’t Quite knowing that, she won’t walk in her life. For the readers on our website Quettawaly, I suggest you all with those having every opportunity, with Good health condition but didn’t make it to this, I would like you all to please believe yourself and try try and try. 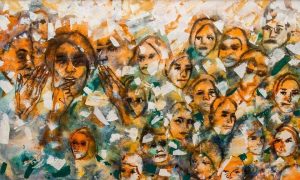 She also talks about the women rights, that Government has given them the rights, but due to no awareness on the women sides, they are themselves kept backward, it’s important to know your rights, Says Shazia Batool. 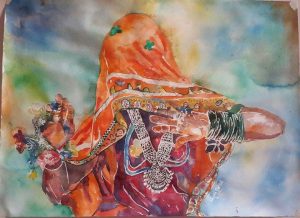 She was awarded with Tamgha-e-Imtiaz (Medal of Excellence) – The Forth Highest Honor Award from the Government of Pakistan.

She was also Awarded by President Asif Ali Zardari on 23rd March 2010.

She has participated in many national and local arts exhibitions across Pakistan. 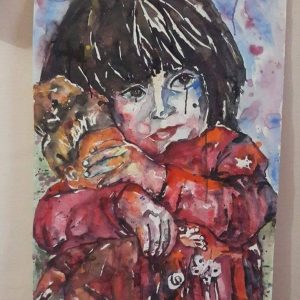 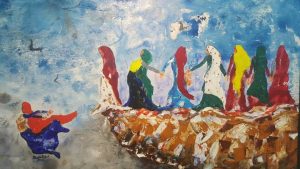 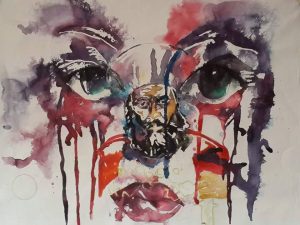